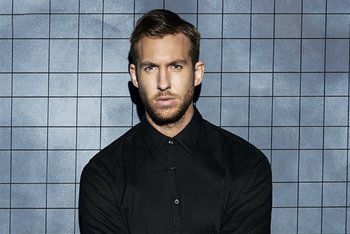 (born Adam Richard Wiles, January 17, 1984) is a Scottish DJ and record producer. He first grew his interest of electronic dance music at a young age and began to record his first demos in his bedroom as a teenager. A couple of demos he posted on MySpace won him a major label deal in the mid-2000s, and he has since become a big name on the dance music scene. Calvin is known for his energetic, fizzy sounding electronic-dance music and a low, untrained voice that he utilizes on his tracks.