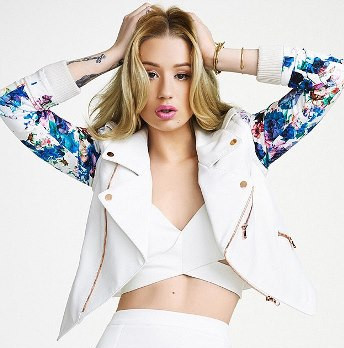 Iggy Azalea (born Amethyst Amelia Kelly, June 7, 1990 in Sydney, Australia) is an Australian rapper and model. Born in New South Wales, she began rapping at the age fourteen, relocated to the United States at the age of sixteen, and stayed on tenuous visa records. She burst into public view with her controversial songs "Pu$$y" and "Two Times", but only made it big thanks to "Fancy" and her guest spot on Ariana Grande's "Problem". Her first album, The New Classic, was released in April 2014.