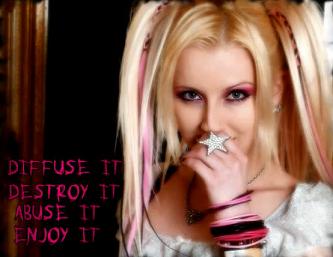 Ayria (pronounced area) is a Canadian futurepop/synthpop musical solo project formed in early 2003 by Toronto's Jennifer Parkin (formerly of the band Epsilon Minus). Her music incorporates feminine vocals with elements of Industrial, Trance and 80's new-wave.