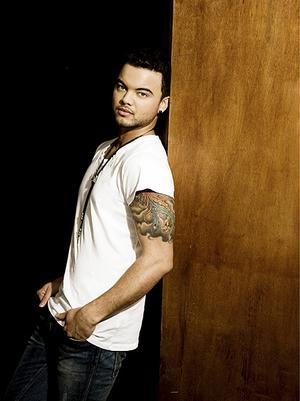 Guy Theodore Sebastian (born 26 October 1981) is a Malaysian-born Australian pop, R&B and Soul singer-songwriter and musician. He gained fame after winning the inaugural season of Australian Idol in 2003 and went on to have a seven-times platinum debut album (Just As I Am) which spawned the quadruple-platinum number-one single "Angels Brought Me Here".

Since then he's gone on to receive 17 ARIA Award nominations, including Single of the Year, Best Male Artist and Best Pop Release, and won Highest Selling Single ARIA Awards for "Angels Brought Me Here" and the Eve collaboration "Who's That Girl". He's also recorded with the likes of Mya, John Mayer, Jordin Sparks, Lionel Richie and the original Stax Records house band, while other musicians such as Brian McKnight and Robin Thicke have written songs for him. All of his albums have received either platinum or multi-platinum accreditations, making him one of the most successful popstars in Australian history. In addition, he's performed for Queen Elizabeth II, Pope Benedict XVI, Oprah Winfrey and the entire viewership of American Idol when Simon Cowell invited him to perform on the show in 2004. He has toured with the likes of Taylor Swift (when he served as her Australian opening act for the Australian leg of the Red Tour in 2014), Michael Bublé and Shane Filan of Westlife. He has performed duets with a wide variety of artists, including Lee Kernaghan, Ronan Keating, Olivia Newton-John and Delta Goodrem (who he was compared to early in his career and who he counts as one of his closest personal friends). He's even had his songs covered by the likes of Wayne Brady.

A philanthropist, Sebastian is also an ambassador for World Vision Australia. His visit to Africa in 2005 spawned the TV documentary An Australian Idol in Africa, which was met with high ratings when it was screened on Network Ten (also the channel that ran Australian Idol). He also runs a charity called "The Sebastian Foundation" with his wife, Jules, who is a celebrity stylist with her own show on the Seven Network.

Apart from his music career, he also served as a judge and mentor on The X Factor Australia from 2010 to 2012 and 2015, winning twice with Samantha Jade and Reece Mastin. From 2019 onwards, he has served as a judge and coach on the Australian edition of The Voice (even surviving a Channel Hop from the Nine Network to the Seven Network).

In March 2015, it was announced that he would compete for Australia in the Eurovision Song Contest. In May that year, he finished in fifth place.

Sebastian was made a Member of the Order of Australia (AM) in the 2019 Queen's Birthday Honours in recognition of his significant service to music and charity.