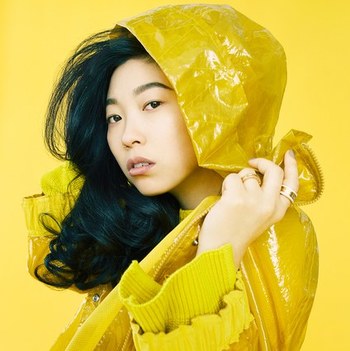 Awkwafina first received attention for her viral rap song "My Vag" in 2012, itself a response track to Mickey Avalon's hit song "My Dick". Off the back of its success, she released a full-length debut album, Yellow Ranger, in 2014, which was then followed by the In Fina We Trust EP in 2018.

She also gained mainstream attention for her recurring spot as a commentator in the MTV comedy lifestyle series Girl Code, which then extended into co-hosting its live talk show iteration in 2015.

Since Girl Code, Awkwafina has transitioned into high-profile acting, with her first roles following the switch being for projects including Neighbors 2: Sorority Rising, Regular Show, and Future Man. In 2018, she starred in two major motion pictures: Ocean's 8 and Crazy Rich Asians. Later that year, she became the second-ever woman of Asian descent to host Saturday Night Live. In 2019, she played against type in a serious role as the lead of the dramedy The Farewell, and won a Golden Globe for Best Actress in a Musical or Comedy. In 2021, she made her Marvel Cinematic Universe debut as one of the leads in Shang-Chi and the Legend of the Ten Rings playing Canon Foreigner Katy Chen, Shang-Chi's closest friend.