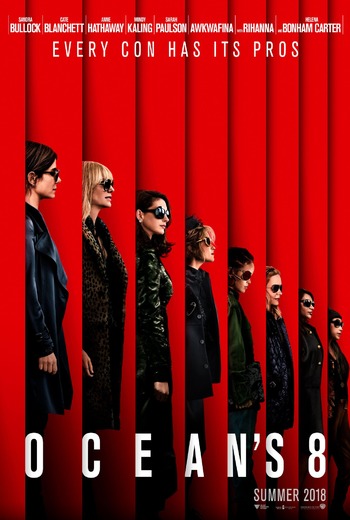 It is intended as a sequel and spinoff of the Ocean's Eleven films, this time featuring an all female team of thieves and con-artists. George Clooney and Steven Soderbergh, (the main star and director of the original Ocean's trilogy respectively) are acting as producers of the film.

After getting out prison, Danny Ocean's estranged sister Debbie (played by Bullock), who happens to be an ex-con herself, assembles her own team of specialists to pull off a heist to steal a hugely expensive necklace from the Metropolitan Museum Gala and frame the crooked gallery owner who had Debbie put in prison. All the specialists are women this time around.