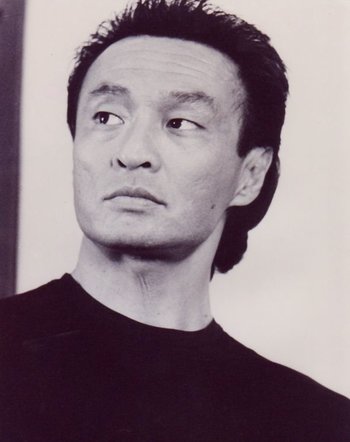 Cary-Hiroyuki Tagawa (born September 27, 1950), also known as Cary Tagawa, is a Japanese-American actor. Born in Tokyo, he is well known for playing villainous roles and for his martial arts skill.

His most famous roles include his appearances as Shang Tsung in Mortal Kombat: The Movie, Yoshida in Showdown in Little Tokyo, and more recently as Heihachi Mishima in Tekken.

YOUR TROPES ARE MINE:

Cary-Hiroyuki Tagawa: Your brother's entries are mine

.
TVTropes: WIKI!!!!!
Cary-Hiroyuki Tagawa: YOU WILL BE NEXT.
Feedback

Example of:
Your Soul Is Mine!