Series / Awkwafina is Nora from Queens 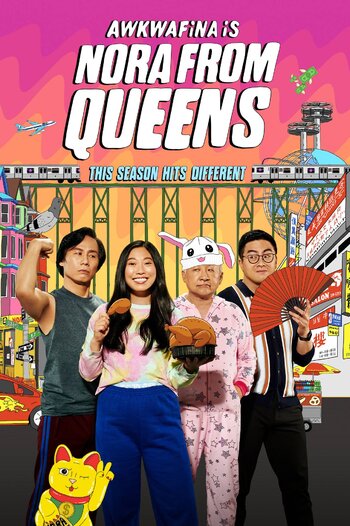 Awkwafina is Nora from Queens is a television series on Comedy Central starring Awkwafina.
Advertisement:

Awkwafina plays Nora Lin, a fictionalized version of herself living with her grandma (Lori Tan Chinn) and father (B.D. Wong) in Queens, NY, and struggling to be an adult.