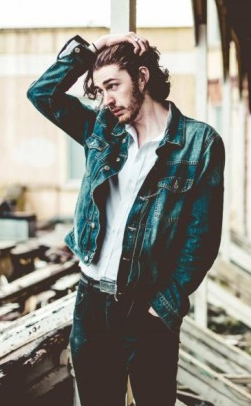 Hozier (real name Andrew Hozier-Byrne, born 17 March 1990) is an Irish musician and singer songwriter. In 2013 he released an EP Take Me To Church (which also featured "Like Real People Do", "Angel of Small Death and The Codeine Scene" and a live version of the song "Cherry Wine") "Take Me to Church" became a viral hit on YouTube.
Advertisement:

Hozier and his music provide examples of the following tropes: