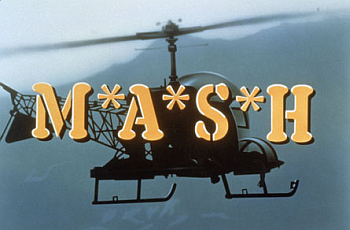 Oh yeah, MasteriskAasteriskSasteriskH is like, my favorite show.
"The first challenge one confronts with Face/Off is the curious, I might even say misplaced, 'forward slash' in the title. Are 'Face' and 'Off' separate talents on the title's resume?"
— Michael J. Nelson, Mike Nelson's Movie Megacheese (regarding Face/Off)
Advertisement:

There are many ways to name something, but if you're looking to add a bit of variety, why not throw some symbols into it in place of letters? This comes in two varieties.

The first kind, extremely present in anime and the songs within it, is adding meaningless symbols into the title. These symbols can give the show its own identity, but since you can't exactly pronounce a symbol, they just end up being there for decoration. Hearts and stars are especially common, much like the marshmallows in a bowl of Lucky Charms. These usually end up being removed when the title is brought over to the West. One is tempted to count in tildes (~), which are ridiculously common in Japanese titles, but these actually serve a function - the same function that a dash or colon would serve in a Western title (and as such tildes are often simply changed to colons for the Western release).// The first variety, unless you're the sort that compulsively downloads character sets, may end up looking very, very strange when it pops up in a Web browser that doesn't fully support Unicode. Extreme examples can render the title impossible to search for online.

The second variety is common in the West. Instead of writing actual letters, replace them with numbers or symbols. Of course, this practice is just as common as part of "1337-speak" on the Internet, so the implications of it may vary, from looking cool to just looking silly. It can sometimes be used to make a political point, especially by using $ in place of S; examples of this are best left as an exer¢i$e for the reader.

May include a Heart Symbol. Apply this to speech, and you get Say It with Hearts. Letters 2 Numbers and The Backwards Я are sister tropes. Compare to Xtreme Kool Letterz. Also see Censored Title, Excited Show Title!, Questioning Title?.

Music of the Western World