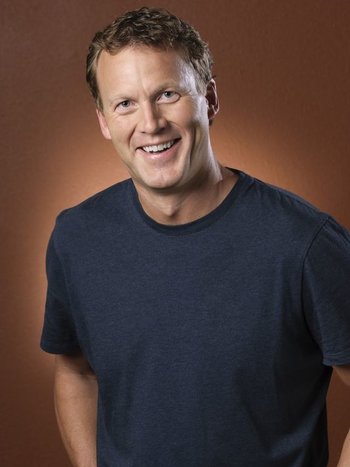 Michael John Nelson (born October 11, 1964) is an American comedian best known as the head writer of Mystery Science Theater 3000 once the show jumped from KTMA to Comedy Central. He later took over from series creator Joel Hodgson as the human host character, also named Mike Nelson.

Since the show ended, he has starred in RiffTrax alongside fellow MST3K alumni Kevin Murphy and Bill Corbett. He has also provided DVD commentaries for old B movies.

He is married to fellow MST3K alum Bridget Jones and is good friends with Doug TenNapel. He is also a devout Christian and politically conservative.