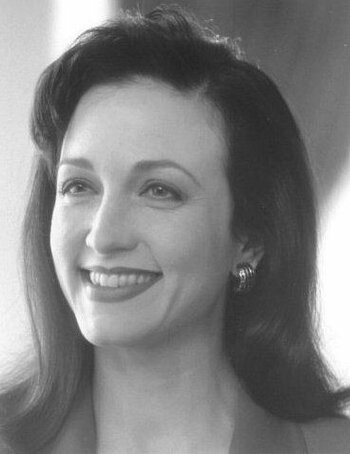 Bebe Neuwirth: Look, you guys, you guys are freaks, man. I'm not Lilith, I'm Bebe. I'm an actress. I sing. I'm a Broadway dancer. Look at these pins. You know any 40-year-olds who can wrap their legs around their necks? Look, these babies worked for me before Frasier, they're gonna work for me afterwards. So don't you worry about Lilith.
Karen: You mean Bebe.
Neuwirth: No, I mean Lilith. I want to play that bitch forever!... Frasier is such an easy gig, man! They fly you first class to Los Angeles, put you up in the Bel Air Hotel, per diem. I deliver several lines in a robotic monotone and I'm buyin' a new Lexus!
— from Neuwirth's cameo on Will & Grace
Advertisement:

Beatrice "Bebe" Neuwirth (born December 31, 1958 in Newark, New Jersey) has been around Hollywood and Broadway for a while.

Trained as a dancer, Neuwirth made her New York debut in A Chorus Line and later won awards for her roles in revivals of Sweet Charity and Chicago. It helped that she had previously worked with Bob Fosse.

However, most of the world knows her as Dr. Lilith Sternin of Cheers and (occasionally) Frasier. Some might also know her as the Determinator ADA Tracey Kibre of Law & Order: Trial by Jury, or as Faith O'Connor, Mike Olshansky's girlfriend in Hack, or maybe as Nadine Tolliver, Secretary McCord's Chief of Staff in Madam Secretary. Younger viewers might remember her from the sequel and TV series to All Dogs Go to Heaven as both Annabelle the archangel and her demonic cousin Belladonna, as well as from Cartoon Network's Over the Garden Wall as Marguerrite Grey.

She also headlined The Addams Family on Broadway as Morticia Addams, opposite Nathan Lane as Gomez Addams. A failed television pilot starring Neuwirth, Dear Diary, was shown in theaters and won an Academy Award for Best Live Action Short Film.

Works Bebe Neuwirth has appeared in on this wiki: