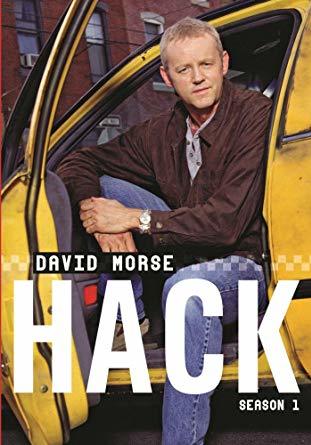 Hack is a television series that aired on the American television network CBS from 2002 to 2004.

The series centers on the life of a former Philadelphia police officer, Mike Olshansky, who left the force after being charged with corruption and now works as a taxi driver in Philadelphia, Pennsylvania. The charges of corruption were never clearly proven but Olshansky, riddled with guilt, considers it his duty to make up for his past wrongs by helping those the police will not help. Olshansky saves many lives and people by going above and beyond the call of duty, becoming a kind of heroic vigilante. He receives "inside" help from within the police force from his ex-partner Marcellus Washington, who often comes close to risking his own career.

Meanwhile, he tries to repair his relationships and rebuild his life after losing his marriage, his son's admiration, his professional identity and his reputation.