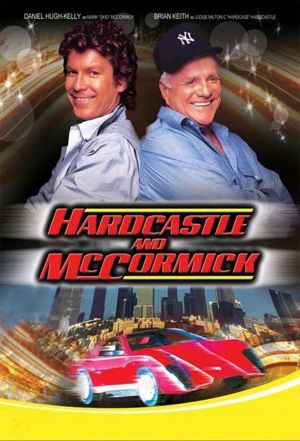 An '80s crime show focusing on the unlikely team of retired judge Milton Hardcastle (Brian Keith) and ex-con race car driver Mark McCormick (Daniel-Hugh Kelly). When McCormick's mentor Flip Johnson is murdered and the prototype race car he designed stolen, McCormick steals it back but is caught and arrested. Hardcastle, the judge who originally sentenced him, proposes a deal: Mark will be remanded to Hardcastle's custody if he helps the judge track down 200 criminals in his files who got off on technicalities—beginning with the guy who killed Mark's mentor. Mark grudgingly agrees, and a partnership is born. Oh and once the car is returned to Flip's daughter, she promptly gives it to Mark, so they have a flashy fast car to catch bad guys with, a prerequisite for a 1980's action series.

The series lasted three years, with Milt and Mark chasing down the bad guys—who, despite the series premise, mostly did not come from the judge's files—while developing a contentious but solid friendship. The final episode concludes with Mark attending law school due to the judge's influence.

Hardcastle and McCormick provides examples of: