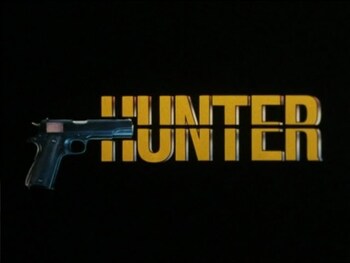 Hunter is a collection of Buddy Cop TV series and TV films which consist of the following works:

Tropes behind the badge: