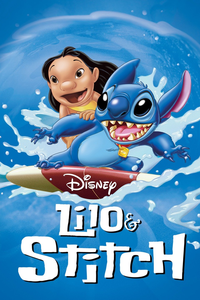 Gee, who could the protagonists be?
Advertisement:

Well, The Noun and the Noun meets Character Title. Usually the title characters are either lovers or Heterosexual Life-Partners. This is also a standard title form for Buddy Cop Shows. It's also the obvious choice for a Sketch Show starring a Double Act.

A variant, often found in slacker comedy films, is "Name and Name Do Stuff". (See also Episode Finishes the Title.)

If one of the names is mostly irrelevant, see Lesser Star.

Sub-Trope of Multi-Character Title. See also Magic Ampersand. If the characters are lawyers or similar professional partners (or names that evoke this), may overlap with The Law Firm of Pun, Pun, and Wordplay.

Waldorf: Hey, they left us out of this entry!
Statler: I think they were trying to improve it.
Waldorf: If that's what they wanted, they should've just blanked the whole thing out!
Both: Do-ho-ho-ho-hoh!