Film / The Devil and Max Devlin 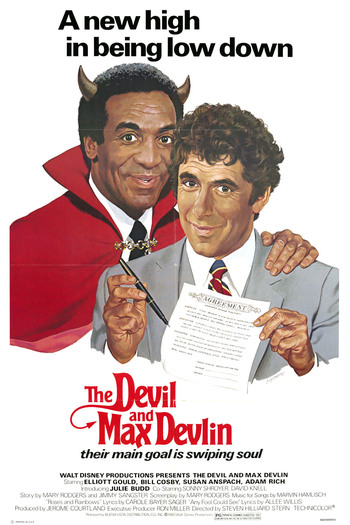 The Devil and Max Devlin is a 1981 live-action Disney comedy film starring Bill Cosby as the Devil and Elliott Gould as Max Devlin.

Max is a selfish man who dies after being hit by a bus, and finds himself in Hell. The Devil's assistant, Barney Satin (Cosby) offers to spare him if he can get three other people to take his place (by tricking them into signing contracts for their souls). Max agrees at first, but as he gets to know his victims, he comes to regret his decision.