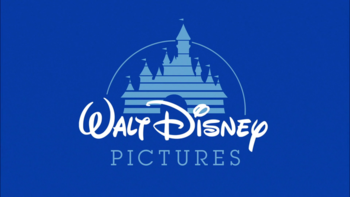 The company's logo from 1985 to 2006.
This is an index of live-action films released by the Walt Disney Company.note (all movies prior to Never Cry Wolf in 1983 were released under Walt Disney Productions and the movies from 1941 to before 20,000 Leagues Under the Sea also carry the RKO Radio Pictures logo due to Disney being with them over 15 years, with the movies from Leagues on until Christmas 1983 carrying the Buena Vista distribution logo) For animated films released by Walt Disney Pictures, see Disney Animated Canon. For Disney's other distribution labels and films (as well as everything else the company makes), see Disney.FranchisesThe following series have franchise pages separate from individual movies. Note that franchises may include entries not made by Disney.
Advertisement:

2020sFilms marked with a + are exclusive to Disney+ and never received a theatrical release.