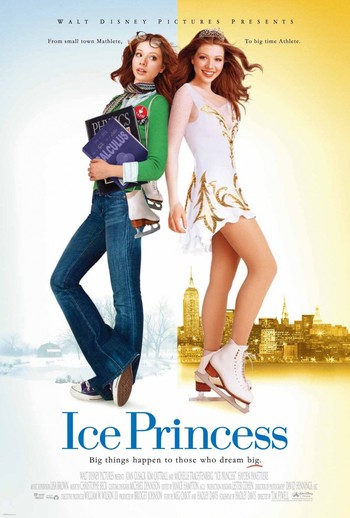 17-year-old physics whiz Casey Carlyle (Trachtenberg) is urged by her physics teacher to work on a physics project over the summer for presentation to Harvard. As a skater, Casey decides on a project that shows the elements of physics applied in competitive figure skating. To start, she visits a skating club run by former professional skater Tina Harwood (Cattrall) Casey eventually finds that in order to better understand the principles she's using, she will have to become her own test subject, and joins the skating school. The more she gets involved, the more she falls in love with figure skating....and must ultimately make a choice; will it be Harvard, which her mother and Casey have both dreamed of, or will it be pursuing her new dream of being a competitive figure skater?

Not to be confused with Winter Royal Lady, the book by Camilla Lackberg, the the other skating movie released under the Disney umbrella in 2005, or the film series featuring Disney's other (more literal) ice princess.