Film / The Legend of Lobo 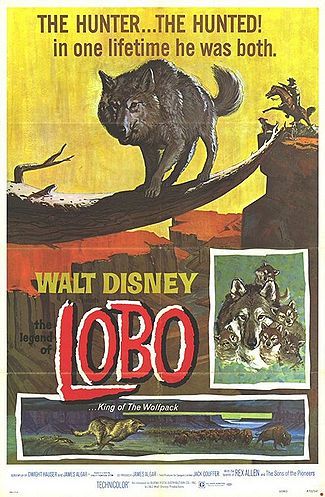 "King of the wolf pack...he matched his strength and courage against man and beast."
—Tagline for the first DVD rerelease
Advertisement:

The Legend of Lobo is a 1962 live-action Disney movie loosely based on the story of "Lobo the King of Currumpaw", the first story of the 1898 collection Wild Animals I Have Known by naturalist Ernest Thompson Seton.

The film centers around the life of the titular wolf Lobo, as he makes many friends throughout his journey, as well as the constant battle between him and the cattlemen, who want Lobo's territory for themselves.

Has nothing to do with a certain space biker, or a Southern sheriff.

Tropes related to The Legend of Lobo: