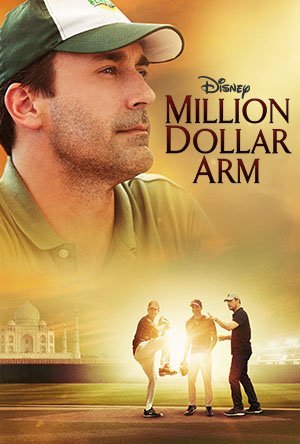 Sports agent J.B. Bernstein just lost his last hot prospect to a bigger, more powerful agency. His small group is broke, and his partner can't think of any untapped markets that are left for new talent. That is until J.B. happens to watch that silly game of "cricket" his friend is always talking about...

Based on a True Story, Million Dollar Arm follows J.B. as he travels to India to find some new prospects to represent in the States, as well as bring the lucrative branding of baseball to the billion-plus market of the Indian subcontinent.