Film / One of Our Dinosaurs is Missing 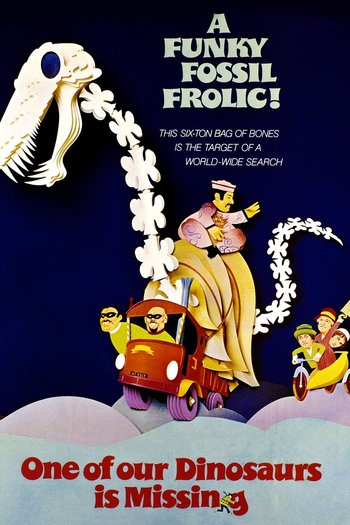 A 1975 Disney film set in London in the 1920s starring Peter Ustinov, Helen Hayes, Clive Revill and Derek Nimmo. Lord Southmere steals the "Lotus X" formula from China on microfilm, then hides it in a dinosaur skeleton in the Natural History Museum. He then loses his memory, and can't remember exactly where he hid it, so a group of nannies try to find it before the Chinese can reclaim it.