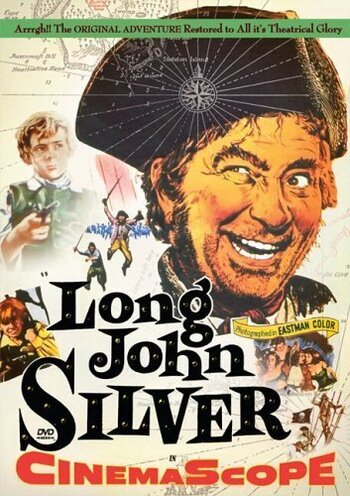 After the Treasure Island adventure, Long John Silver turns up on a British Caribbean island, where he hears that rival pirate Mendoza has taken the ship carrying the governor's daughter...and his young friend Jim Hawkins. Naturally, there's more to his rescue plan than meets the eye; he hopes to get a new ship and go back for more treasure...

The Movie Provides Examples Of: