Film / I'll Be Home for Christmas 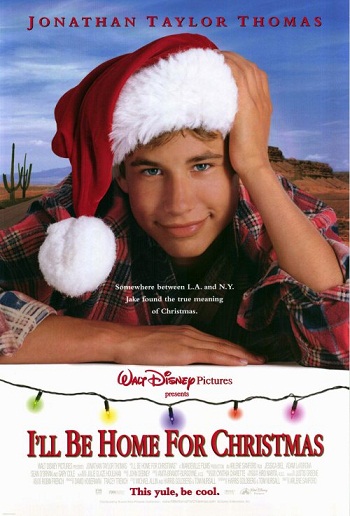 The other Planes, Trains and Automobiles.
Advertisement:

Jake Wilkinson (Thomas) is an 18-year-old boy attending Palisades Academy in California. For the past few years, he has not been home for Christmas since his mother died and his father (Gary Cole) remarried not long after. A few days before Christmas, his father offers to give him his vintage 1957 Porsche if he is home in time for Christmas dinner at 6:00 P.M. on Christmas Eve.

However, Eddie Taffet (Adam LaVorgna), a fellow student nicknamed "The Ed-Man", has the hots for Jake's girlfriend Allie Henderson (Biel). When he hears that Jake promised to help some jocks cheat a test, he puts a stop to it and causes them to fail. With Jake easily to blame, he gets left in the middle of the desert dressed in a Santa suit that's glued to his body. With no money or ID, Jake must find a way to get home for Christmas to get that car.