Film / Flight of the Navigator 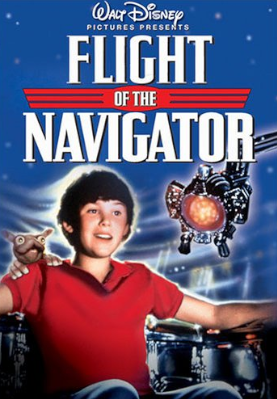 Flight of the Navigator is a 1986 live-action sci-fi film from Walt Disney Pictures and Producers Sales Organization (The Neverending Story, Short Circuitnote which was released the same year). David Freeman, a 12-year-old boy living in 1978, falls into a ravine after searching for his younger brother, and wakes up eight years later — everyone has aged but him and he's apparently been gone all that time. An analysis of his brain reveals hidden schematics and star charts, and David later discovers an alien spaceship that was captured by NASA around the same time he was found. Now he must work with its computer program, which he later calls Max, to figure out what happened to him and get back home.