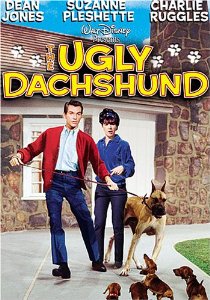 The film centers arround Mark (Jones) and Fran (Pleshette) Garrison, whose pet dachshund Danke has given birth to three adorable puppies. As a reward for the occasion, the veterinarian (Ruggles) gives Mark a baby Great Dane who is the runt of its litter and is in need of nourishment. Mark decides to take care of it and assimilates it into the dachsie family. Soon, little Brutus grows to be a very big problem, inciting several comical disasters in and around the Garrison house and putting Mark's marriage into the doghouse, especially after Fran's big dinner party descends into total chaos. Nevertheless, Mark thinks Brutus has what it takes to become an obedience trial champion (and also wants to spite his wife).

The film was released alongside the Disney cartoon featurette Winnie the Pooh and the Honey Tree.