Film / The Trouble with Angels 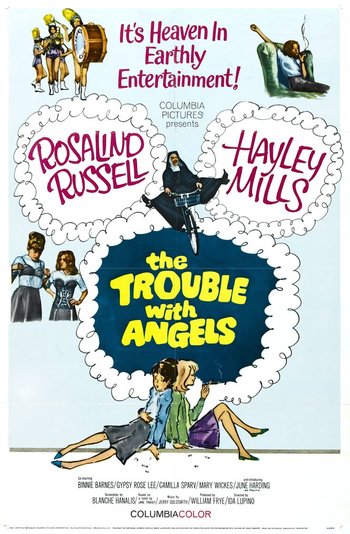 "One of us may have to go. But I guarantee you, it won't be me."
—Mother Superior, to Mary
Advertisement:

The film was based on Jane Trahey's book Life with Mother Superior, about her own high-school years at a Catholic school near Chicago in the 1930s.