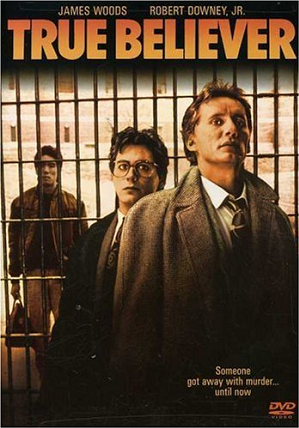 A 1989 film starring James Woods, Robert Downey Jr. and Kurtwood Smith, True Believer revolves around former radical attorney Eddie Dodd (Woods), whose practice now consists mostly of defending known drug dealers. When the idealistic young lawyer Roger Baron (Downey) joins his practice, he is soon disgusted by this, welcoming the plea of a mother whose son is facing a murder charge stemming from a gang-related prison fight. She maintains her son Shu Kai Kim is also innocent of the murder which sent him there to begin with. Dodd has his doubts, but agrees to take the original case, winning a retrial where he soon faces off in court against Robert Reynard, the district attorney and an old foe. It quickly transpired there is far more to the case than meets the eye...