Underdressed for the Occasion 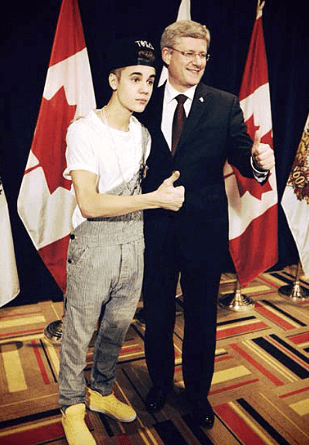 Wearing a two-piece suit to an international pop concert? How boring.
Advertisement:

What to wear, what to wear? Choosing the right outfit can be tricky, particularly when you're headed off to an important party, a Fancy Dinner, or a hot date. Sometimes, making the wrong decision can lead to public humiliation... especially if you failed to realize just how formal the event was going to be.

Showing up underdressed for a formal event can simply be played for comedy: it's frequently invoked in romantic comedies as part of a disastrous date. As such, it functions as a minor obstacle on the path to romance. However, being underdressed can also be used dramatically. Arriving underdressed to a party or other social event often signals that the underdressed character is in some way an outsider. Frequently, the underdressed character is of lower class status than the rest of the guests. A poverty-stricken character may be underdressed due to an inability to afford formal wear. Alternatively, failure to adhere to dress codes indicates ignorance of the social code. Especially when this is part of an In with the In Crowd situation, some of the humiliation stems from the way the character is displaying that he or she is not yet able to navigate these social waters. It's not uncommon for a savvier (or simply wealthier) friend or Love Interest to provide some assistance because I Want My Beloved to Be Fashionable.

Sometimes invoked intentionally in an implicit symbolic rejection of whatever group is being intruded upon. The James Dean effect is popular for this. Much easier for men to pull off, especially if they are accompanied by a woman who does belong in the setting and is dressed like it.

Contrast with It's a Costume Party, I Swear!, where someone else deliberately tricks a party-goer into overdressing (by arriving in costume when everyone else will be in normal party attire). See also Dress Code, which tends to apply to work or school, but can also apply to restaurants or bars. Not to be confused with Birthday Suit Surprise Party. A character attempting to leave the house under-dressed is a common cause for a Parental Fashion Veto. Can overlap with Wardrobe Flaw of Characterization when this is used to tell us something about the character's personality.