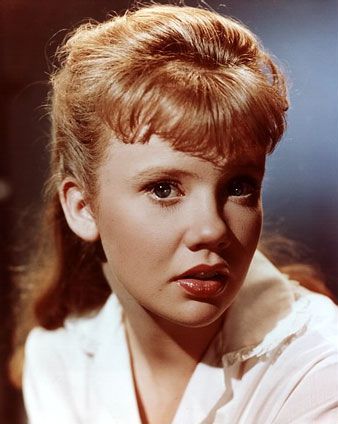 Chances are if you were a child in The '60s, you saw Hayley Mills everywhere.

Born on 18 April 1946 in Marylebone, London, the daughter of famed actors John Mills and Mary Hayley Bell, she followed in her parents' footsteps and took to the stage at a young age. Her film debut was at the age of eleven in the British crime drama Tiger Bay. It was in that where she was discovered by Walt Disney, who was desperately looking for an actress to play the lead role in Pollyanna. She got the part and, although the film was not a great Box Office success, she was signed to a six film contract with Disney. It was with Uncle Walt that she made another of her most famous films - playing both Susan and Sharon in The Parent Trap.

As is the case with many child actresses, Hayley tried to distance herself from her Disney roots as she got older. Roles such as a mentally-challenged teen in Sky West & Crooked, a virgin trying to consummate her marriage in The Family Way and the object of a stalker's lust in the horror film Twisted Nerve. She dropped out of the industry for a few years, before re-emerging in the 80s, once again working with Disney - filming three sequels to The Parent Trap. She was given a Disney Legends Award in 1998.

She's still acting on the stage to this day. She was also the final recipient of the Academy Juvenile Award in 1960, for her performance in Pollyanna. Her son Crispian Mills is the frontman of Britpop band Kula Shaker.