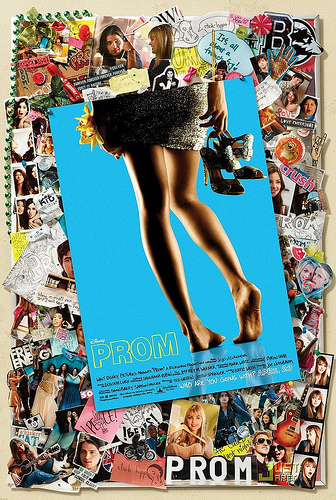 A High School movie, made by Disney, about, well, Prom. Specifically, seven high school seniors (and three sophomores) and the drama and hilarity they go through during prom season.

It was released in April 2011 (prom season), and was given the "Family-Approved" seal by The Dove Foundation. At that time, New Hope Church hosted their own event inspired by the film, entitled "A Night to Shine" (Tim Tebow was also the sponsor).

Read a little more about it here.