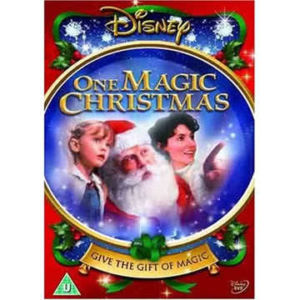 Ginnie Grainger is the mother of two children, Abbie and Cal. Her husband has been out of work for months, and the family has to move out of the company house by January, and it's almost Christmas. He enjoys fixing bikes, and wants to start a business fixing bikes, but his wife worries that it will take too long to turn a profit from that, when they needed money immediately, and urges him to find a new job, causing a fight between them.Due to the constant financial worry her family is facing, Christmas coming along will only present more problems, and thus Ginnie becomes very Scroogelike, forgetting the meaning of Christmas. It is up to the angel Gideon to reunite a broken family and to help teach them the meaning of Christmas once again.

Essentially Disney's retelling of the It's a Wonderful Life movie, it's been said by some to be a heartwarming classic, by others to be a horrifying story of a Crapsack World, particularly with what happens to the main character throughout her 'lesson'.