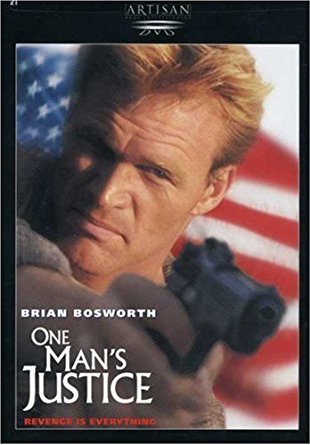 One Man's Justice is a 1995 Action Genre film starring Brian Bosworth and featuring MC Hammer. It chronicles the Roaring Rampage of Revenge that ensues after criminals kill a drill sergeant's wife and young daughter.