Film / Otto; or Up with Dead People 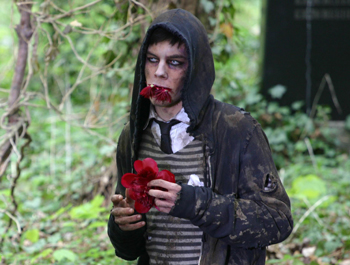 Otto; or Up With Dead People is a 2008 independent film directed by Bruce La Bruce, with the acting talents of Marcel Schlutt, Katharina Klewinghaus and introducing Jey Crisfar as Otto. The movie tells the story of a handsome teenage zombie that awakes from the dead and roams the city trying to make a living.