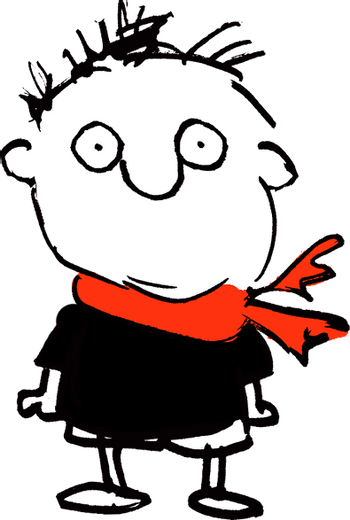 Timmy Failure is a series of children's books by Stephen Pastis. It follows the story of Timmy Failure, a nine-year-old boy detective, who believes that he is the greatest mind of all time. Along with his business partner, the 1,500 pound polar bear Total, and his best friend, studious and intelligent Charles "Rollo" Tookus, Timmy leads his detective agency Total Failure, Inc. in solving crimes and defeating evil forces, such as Timmy's arch-nemesis, the "villainous" Corrina Corrina, and "criminal mastermind" Molly Moskins, who is largely infatuated with Timmy. However, Timmy is too clueless and egotistical to even realize the simplest clues to a mystery, resulting in near failures.

The series consists of seven books:

Stephan Pastis revealed during his 2015 book tour that a feature film is to be in development by Disney, however, he's also warned that it'll be very toned down for audiences. It would later be revealed to be one of the first feature films set for Disney+ from director Tom McCarthy. It was released on February 7, 2020.

The best usages of tropes in town, probably the state, perhaps the nation...