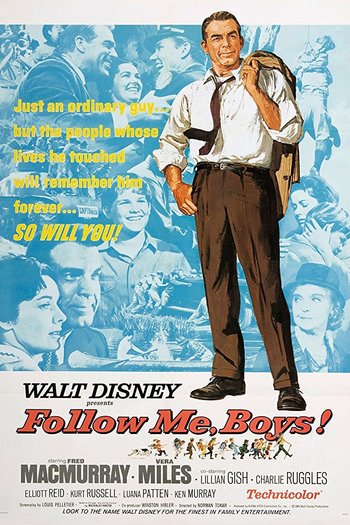 In the 1930s, saxophonist and wanna-be lawyer Lem Siddons moves to a small town called Hickory, where he starts work at a general store, meets his future wife, Vida, and becomes Scoutmaster of Boy Scouts Troop 1 Hickory.

Also notable in that it was the final film released by the studio while Walt Disney was alive.note The film hit theaters on December 1st, two weeks before his death. Mr. Holland's Opus was partly intended to be a remake of it.