Film / So Dear to My Heart 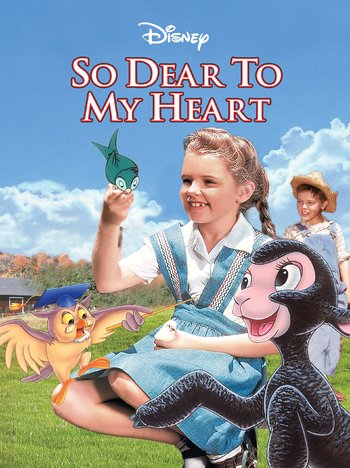 So Dear To My Heart is one of Walt Disney's earliest Live Action films, combining live action and animation. The story focuses on Jeremiah and his black lamb Danny as he attempts to show Danny at the Pike County Fair.

So Dear To My Heart contains examples of: