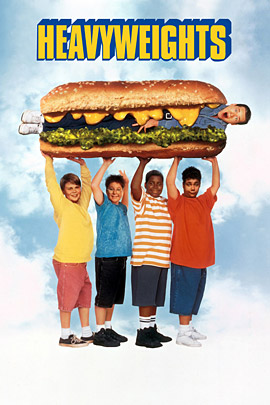 A Disney movie released in 1995, Heavyweights is the story of Gerald 'Gerry' Garner (Aaron Schwartz) and his mates at Camp Hope — a Fat Camp. Once a place filled with fun and go-karts, the camp is bought out by Tony Perkis (Ben Stiller), who intends to use the campers to make his own weight loss infomercial. Gerry and his friends are subjected to cruel and unusual methods to lose weight. Naturally, they fight back.
Advertisement:

The movie is better than it sounds, as it had several classic one-liners, a good soundtrack and Ben Stiller in one early — and definitely unique — role. It was also one of the first writing credits for Judd Apatow, which explains its edgier execution.

I eat tropes for breakfast!!.... with skim milk: