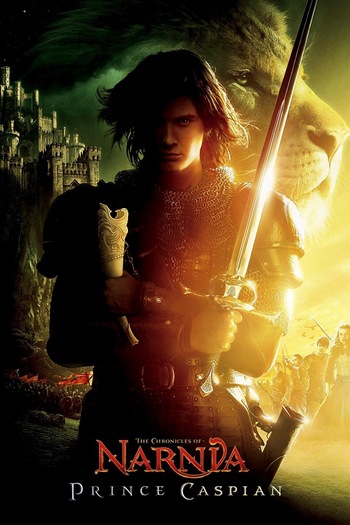 The four Pevensie children (William Moseley, Anna Popplewell, Skandar Keynes, and Georgie Henley) return to Narnia to aid Prince Caspian (Ben Barnes) in his struggle for the throne against his corrupt uncle, King Miraz (Sergio Castellitto). The film was released on May 16, 2008 in the United States and on June 26, 2008 in the United Kingdom. The screenplay based on the novel by C. S. Lewis was written by Stephen McFeely and Christopher Markus.

This was notably the last Narnia film to be directed by Andrew Adamson, who held over the reins to Michael Apted for The Voyage of the Dawn Treader. Disney opted to drop the franchise after this film and it was picked up by 20th Century Fox.