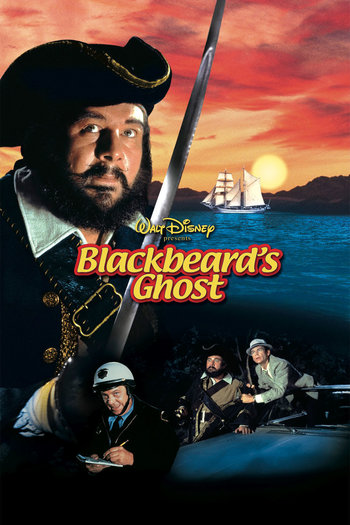 Steve Walker (Jones) has come to the coastal New England town of Godolphin to be a track coach at the local college. He stays at an inn run by a group of old ladies who are descendants of the notorious English pirate Edward Teach, aka "Blackbeard", and his crew. Finding a book of spells written by one of Blackbeard's wives, he reads one aloud and accidentally conjures up Blackbeard's ghost (Ustinov), who is cursed to stay in limbo until he accomplishes a good deed. Hilarity Ensues.

This movie was later referenced in The Haunted Mansion at Disney Parks of all places.