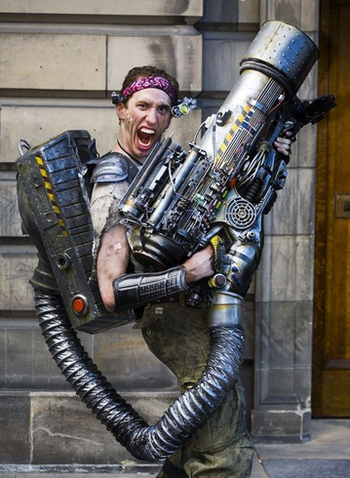 BFG: a piece of personal artillery used by an individual and chiefly defined by, well, its incredible bigness.

Not to be confused with Roald Dahl's book and character The BFG (Big Friendly Giant), Impact Wrestling's show Bound for Glory, Big Friendly Dog, the starship battle game Battlefleet Gothic, "Bang!" Flag Gun, or another type of gun. Or with The Notorious B.I.G., for that matter.