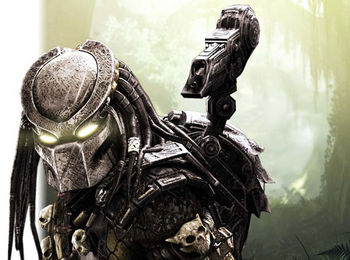 The other shoulder has a massive chip on it.
"Ooh, what's that? A missile backpack? Well, I guess you'll be alright if a fucking bird attacks!"
— Deadpool, Epic Rap Battles of History
Advertisement:

The Ammunition Backpack is cool and all, but having to lug both it and your gun may be a hassle. Why not combine them both and get yourself a Backpack Cannon! Yeah, it would probably be really hard to aim, but come on.