All There in the Manual 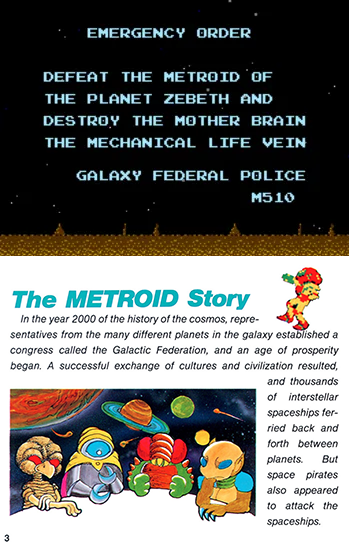 "The name of this world is Nalthis, by the way. Mistborn takes place on a world called Scadrial, and Elantris on a world known as Sel. See the fun things you learn by reading annotations?"
— Brandon Sanderson
Advertisement:

Information not mentioned within a specific work, but only found in supplemental material or in other works within the franchise. The significance of the info varies; it can be anything from little backstory details that clarify minor points, to information that is critical to understanding the plot.

For example, many anime OVAs based on a manga begin In Medias Res and rarely explain themselves under the assumption an OVA (being an occasional test run for a series) will typically be watched by someone who has read the original manga.

Other information can be found in text novels, video games, radio dramas or image songs, as the entire franchise is treated as a package. Though, if you don't have the money for all that, there's always TV Tropes and That Other Wiki.

Fairly common in anime and mostly unknown in American shows, although it seems to be steadily picking up speed with shows like Lost. However, it's very common in American comic books because of the assurance that the stereotypical fan is obsessive enough to collect supplemental material (see Ultimate Universe). This also applies to the elaborate backstories many video games of the 1980s provided in accompanying comic books or novellas.

A common response to people who complain about The Film of the Book not making sense is that they should have read the book. Naturally there is disagreement on whether this is fair; some believe that a movie should stand on its own, while others feel that those who care enough to complain should care enough to read.

Another issue that arises is when ancillary material is used to plug a Plot Hole after the main media is released (often in response to complaints), since for some people this means that writers can be lazy and ignore plot holes because they can be filled in later by other sources.

So named for video games up until the late 90s, which had less ability and budget to actually tell a story in most genres. To compensate, information like backstories and character profiles were often included in the manual, although whether this was written by those who wrote the game was a crapshoot (not to mention being different between regions, like in the older Sonic the Hedgehog games). Not to be confused with Read the Freaking Manual, which refers to the oversight of not reading the manual despite it containing important practical information.