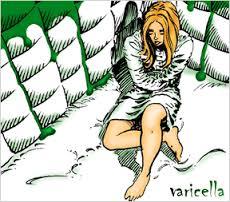 In this game you are Primo Varicella, Palace Minister at the Palazzo del Piemonte. This title is unlikely to impress anyone. Piedmont is the laughingstock of the Carolingian League, and the Palace Ministry has devolved into little more than a glorified (and not even especially glorified) butlership: your duties include organizing banquets, overseeing the servants, and greeting visitors. It is safe to assume that the War Minister and the Coffers Minister lose little sleep over your presence in the King's Cabinet.
Advertisement:

If this letter you've just received is correct, a disease has claimed the life of the King. This leaves the principality in the hands of his son, Prince Charles. Prince Charles is five years old. Piedmont, it seems, will be requiring the services of a regent for the foreseeable future. And you can think of no better candidate than yourself.

Of course, you shall scarcely be alone in seeking the position. The King's Cabinet is not a small body. And your fellow ministers will no doubt try all sorts of unseemly tactics in their quest for the throne. Some will try bribery. Others will employ treachery. A few may even resort to brute force. But would Primo Varicella stoop to using one of these methods? Perish the thought! You're better than that. You shall employ all three.

It will be an uphill struggle, to say the least. Of those soon to be clamoring for the regency, you are among the lowest in rank. But you are not without a number of advantages. The drama to unfold will play out in the palace — your palace. Time is also on your side: at present, only you and the Queen know of the King's demise. And you've known of his illness for a couple of days now, days in which you've hatched a flawless plan. There should be little to stand in the way of your ascent to power so long as you put your plan into action immediately.

Or at least as soon as this pedicure is finished. One must have one's priorities.

Varicella is a piece of interactive fiction written by Adam Cadre and released in 1999. You can get it on his page