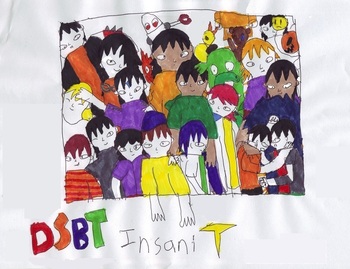 It's about a quirky cast of characters in a weird and wacky world where even the most mundane of scenarios have unexpected outcomes. It's mostly comedy with No Fourth Wall, but also delves in action/adventure.

For more behind-the-scenes info about DSBT itself, check out the Special Info Episode.

As a one-year anniversary, a trailer

for a made-for-internet movie called The Quest for the Sacred Gem was released.