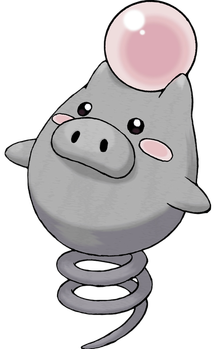 Now that's what I call springing into action!
Advertisement:

Want to have incredible jumping powers without having any superpowers in the first place? Why, look no further than wearing the good old spring coil.

In fiction, the spring coil is a guaranteed way to reach high places, among other things such as a powerful attack or pushing back enemies. A Rubber Man may be able to reshape himself into a spring coil. Sometimes part of Tricked-Out Shoes.

See also Springs, Springs Everywhere for when springs are part of the background, Spring Jump, and Hopping Machine.

Luigi shows off the bouncy power of the Spring Mushroom.

Luigi shows off the bouncy power of the Spring Mushroom.