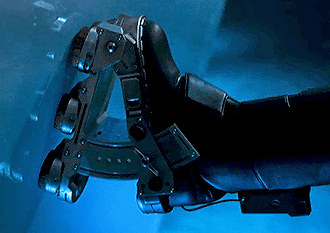 Can your Nikes do THIS?
Advertisement:

What's amazing with shoes is the stuff you can put on and in them. Included are retractable and attachable items. Alternatively, they can be magical or run on Applied Phlebotinum.

Can overlap with Nice Shoes (if the shoes are pimped out enough), Shoe Phone (if the item is actually a shoe).