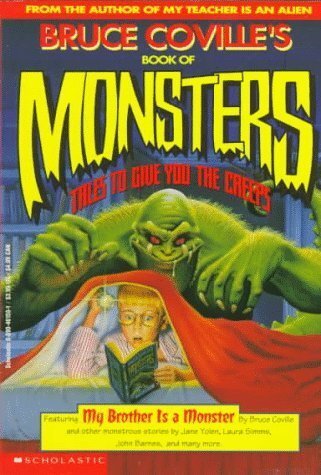 Bruce Coville's Book of... is a series of themed anthologies edited by Bruce Coville and released from 1993 to 1997 by Scholastic Publishing, aimed at juvenile readers. Coville himself wrote the introduction and an opening story, and occasionally one or two more of his snuck in among the other entries. The majority of the stories were written specifically for these collections, however a handful were originally published in other anthologies first. The series contains a total of 142 stories and poems (counting the five parts of The Monsters of Morley Manor separately).The series consists of:
Advertisement:
open/close all folders
Overall

The overall series contains examples of:

Note: For tropes relating to The Metamorphosis of Justin Jones, see Magic Shop.