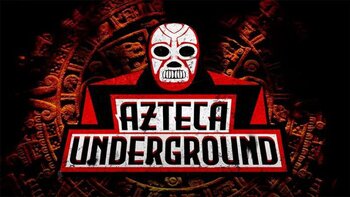 Azteca Underground is a stable and brand in Major League Wrestling (MLW). Its seeds was initially planted back in 2018 when Promociones Dorado was created in 2018 and its leader/founder is Salina De La Renta. In 2021, the faction was purchased and absorbed into the aforementioned Azteca Underground by Cesar Duran (formerly known as Dario Cueto of Lucha Underground fame). The stable/roster of the promotion currently has Duran himself, Los Parks, Arez, Aramis, Matt Cross,(King) Mil Muertes, and Karlee Perez (as for Cross and Perez, as well as Muertes, they were of Lucha Underground fame, formerly known as Son of Havoc and Catrina respectively). Guest members of the faction include Black Taurus, Pagano (after his betrayal of Hammerstone), and Bestia 666.

Tropes for the Renegades: