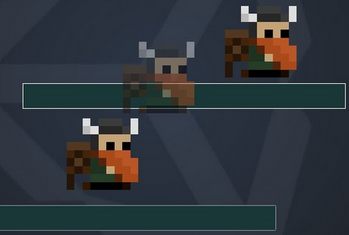 Platforms and surfaces in video games, particularly 2D platform games, where you can jump through from below, yet they are solid when you're above them.

In some cases, it's possible to drop down from that platform (most commonly by ducking and then hitting the jump button). In other cases, it's impossible to go back down from said platforms except by walking off the edge.

In 2D platform games, it can be justified under the assumption that your character is not actually passing 'through' the platforms, but rather jumping 'in' or 'out' of the 2D plane (ie. the platforms may not be in the same plane; it just looks that way to the player).